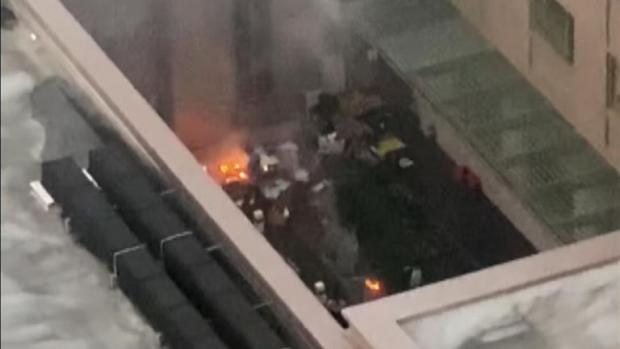 The U.S. abruptly ordered the closure of China's consulate in Houston, Texas on Tuesday night – leading to Chinese diplomats burning documents and papers in trash cans in the courtyard of the building.

The State Department claimed the immediate action was needed to 'protect American intellectual property' and other private information of American citizens.

Republican Senator Marco Rubio, the acting chairman of the Senate Intelligence Committee, claimed in a tweet Wednesday morning that 'China's Houston consulate is a massive spy center, forcing it to close is long overdue.'

'The United States will not tolerate (China´s) violations of our sovereignty and intimidation of our people, just as we have not tolerated (its) unfair trade practices, theft of American jobs, and other egregious behavior,' said the statement, which was attributed to State Department spokesperson Morgan Ortagus.

'President Trump has said 'Enough, we're not going to allow this to continue to happen,'' he said while on an official visit to Copenhagen.

Although he did not mention it, the move follows the revocation by Donald Trump of Hong Kong's special trading status after China passed a sweeping national security law undermining free speech and protests rights in the former British colony after a year of pro-democracy demonstrations.

Early Wednesday, China strongly condemned the closure of the consulate.