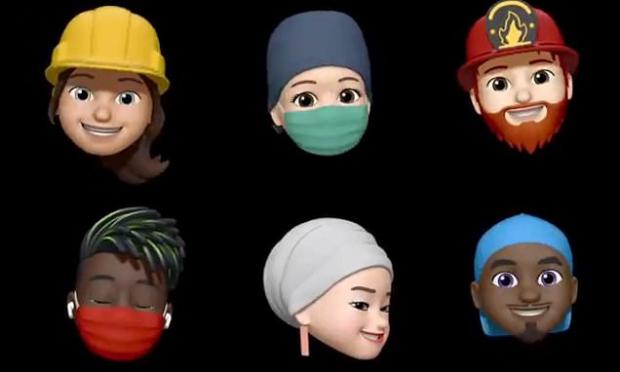 Apple has previewed new Memoji and emoji designs coming in the next big software update for iOS, including headwear options and lockdown-themed masks.

The Memoji avatar capability allows users to create animated versions of themselves from within Apple's Messages app.

Among the new Memoji options are 11 hairstyles, including a man bun and a top knot, and 19 types of headwear, including a swim cap, cyclist helmet and a tichel, a headscarf worn by some Jewish women.

Apple has also revealed two new face masks, both with seams down the middle, and new colours to match each individual Memoji's style and appearance.

'In iOS 14, we're adding even more ways to create your look with Memoji,' Apple said in a statement.

'New customisation options let you express yourself with over a trillion possible combinations.'

The new Memoji options have 'revamped facial and muscle structure' to make them even more expressive, giving users new ways to send emotions and express themselves in Messages.