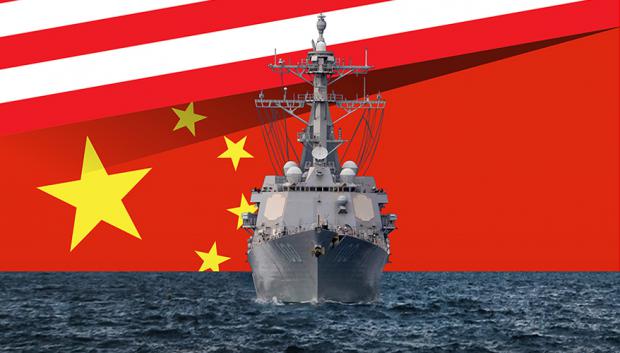 For that is what Mike Pompeo appeared to threaten this week.

"The world will not allow Beijing to treat the South China Sea as its maritime empire," thundered the secretary of state.

"America stands with our Southeast Asian allies and partners in protecting their sovereign rights to offshore resources … and (we) reject any push to impose 'might makes right' in the South China Sea."

Thus did Pompeo put Beijing on notice that the U.S. does not recognize its claim to 90% of the South China Sea or to any exclusive Chinese right to its fishing grounds or oil and gas resources.

Rather, in a policy shift, the U.S. now recognizes the rival claims of Vietnam, Malaysia, Indonesia, Brunei and the Philippines.

To signal the seriousness of Pompeo's stand, the U.S. sent the USS Ronald Reagan and USS Nimitz carrier battle groups through the South China Sea. And, this week, the guided-missile destroyer USS Ralph Johnson sailed close by the Spratly Islands.

But what do Mike Pompeo's tough words truly mean?

While we have recognized the claims of the other littoral states of the South China Sea, does Pompeo mean America will use its naval power to defend their claims should China use force against the vessels of those five nations?