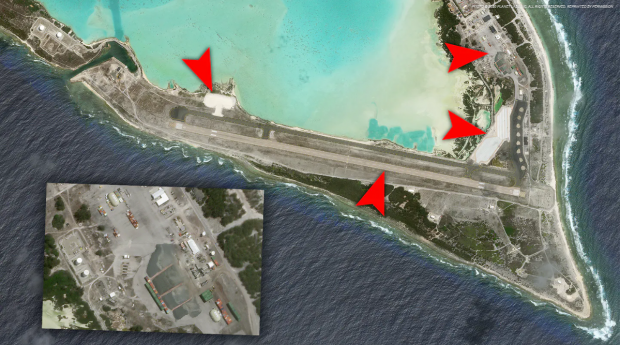 Considered one of the most strategically important unincorporated US island outposts in the world, Wake Island is also among the most restricted territories claimed by the US (also claimed by the Marshall Islands), given it remains a key American military outpost located about halfway between Hawaii and Japan.

It has historically served as a vital staging ground for US aircraft operating in the Western Pacific and as a remote line of defense, and is more recently witnessing military build-up as part of the US Navy's "pivot toward the Pacific" — especially given rising US-China tensions and the controversial presence of two US supercarriers in the disputed South China Sea.

Fresh satellite imagery republished by The Drive shows significant expansion to facilities, including to the airfield, which has a nearly 10,000 foot runway. Military publications have previously note that  "Wake is the only 10,000-foot runway for a 4,000-mile stretch of Pacific Ocean."

The report details that images "The War Zone obtained from Planet Labs dated June 25th, 2020 shows that substantial improvements to the base have occurred recently. Based on archival satellite imagery, the major expansions to the airfield began early this year and are still underway today."