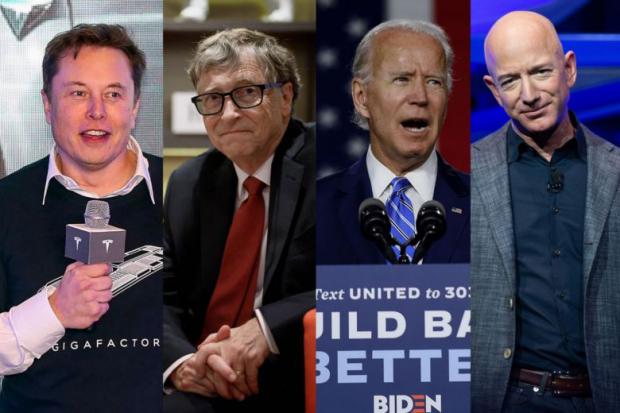 The Twitter accounts of Barack Obama, Jeff Bezos, Joe Biden, Elon Musk and many other high-profile people and companies became pawns Wednesday in one of the most visible cyberscams in the internet's history.

Suspected bitcoin scammers grabbed control of accounts belonging to the rich and famous, as well as lower-profile accounts, for more than two hours during the afternoon and tricked at least a few hundred people into transferring the cryptocurrency.

A tweet typical of the attack sent from the account of Bill Gates, the software mogul who is the world's second-wealthiest person, promised to double all payments sent to his Bitcoin address for the next 30 minutes.

"We are aware of a security incident impacting accounts on Twitter. We are investigating and taking steps to fix it. We will update everyone shortly," the company said in a tweet.

The FBI said it was aware and had no other immediate comment.

The tweets began showing up sometime after 3 p.m. Eastern time, and the attack appeared to be continuing on scores of Twitter accounts more than two hours later. It was not immediately clear why Twitter wasn't able to shut down the attack quickly. At around 6 p.m. ET, Twitter appeared to stop verified accounts from tweeting as the company tried to slow the spread of the scam.