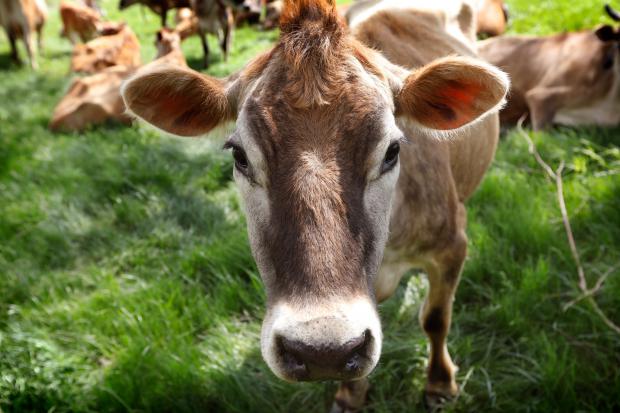 According to the United Nations' Food and Agriculture Organization, livestock is responsible for as much as 14.5 percent of all anthropogenic greenhouse gas emissions. Much of this is in the form of methane produced by microbes in the animals' gut, before being belched or farted out into the atmosphere.

Scientists have been experimenting with different food supplements that can make them a little less gassy, including fish oil, seaweed, tropical leaves and other new compounds. Now it looks like lemongrass can be added to the list.

Burger King, along with scientists from the Autonomous University of the State of Mexico and University of California Davis, found that adding dried lemongrass leaves to the animals' daily feedstock reduced their methane emissions. Just 100 grams of the stuff per day was enough to reduce emissions by as much as 33 percent per day, the team says.

Rather than keep it a trade secret, the new formula is being released open source, with Burger King encouraging other food companies, farmers, meat producers, and the rest of the industry to run with it.

While reducing emissions by a third is a decent effort, it's kind of a drop in the bucket considering the larger agricultural impacts on the environment. Deforestation is a major issue, and greenhouse gas emissions continue to be made along every step of the chain.