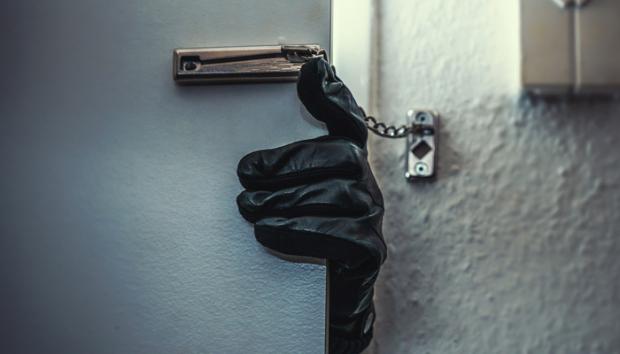 A teenager is facing charges for a would-be armed home invasion robbery in Florida in which his two accomplices were shot and killed and he was wounded.

Jeremiah Trammel, 19, was shot after his accomplices, Luis Casado, 21, and Khyle Durham, 21, had already been shot dead during the alleged break-in.

The person who shot the two men was the homeowner who was using a gun to defend himself in Wesley Chapel, near Tampa.

Casado and Durham were shot dead as they were walking along a narrow hallway towards the owner of the house.

Both had their faces covered with black masks and had guns drawn according to Fox35.

According to Pasco County Sheriff Chris Nocco, Trammel was then able to make a quick escape from the home after the homeowner's gun suddenly jammed allowing for a pause in the shooting.

Trammel was caught by a next door neighbor who also had a gun and held him on the spot until the police arrived.

He was taken to hospital where he was treated for a gunshot wound.

Casado and Durham were 'extremely violent' criminals, according to Sheriff Nocco, while Trammel had a previous arrest for other charges.

Prosecutorial Misconduct Over McCloskey Self Defense, Details of Gate Entry