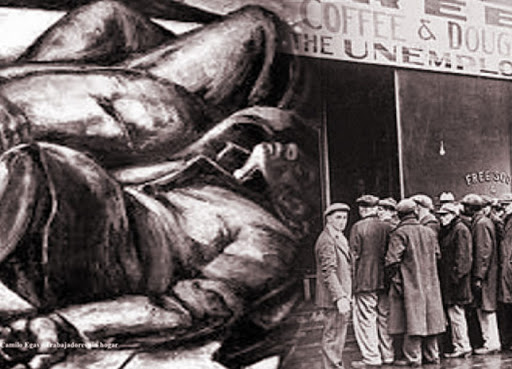 When the scale of the banking crisis is known the scale of monetary inflation involved will become more obvious. But in the politics of it, Trump is being set up as the equivalent of Herbert Hoover, and presumably Joe Biden, if he is well advised, will soon campaign as a latter-day Roosevelt. In Britain, Boris Johnson has already called for a modern "new deal", and in his "Hundred Days" his Chancellor is delivering it.

In the thirties, prices fell, only offset by the dollar's devaluation in January 1934. This time, monetary inflation knows no limit. The wealth destruction through monetary inflation will be an added burden to contend with compared with the situation ninety years ago.

Boris Johnson recently compared his reconstruction plan with Franklin D Roosevelt's New Deal. Such is the myth of FDR and his new deal that even libertarian Boris now invokes them. Unless he is just being political, he shows he knows little about the economic situation that led to the depression.

It would not be unusual, even for a libertarian politician. FDR is immensely popular with the inflationists who overwhelmingly wrote the economic history of the depression era. In fact, FDR was not the first "something must be done" American president, a policy which started with his predecessor, Herbert Hoover. But the story told is that FDR took over from heartless Hoover who had failed to step in and rescue the economy from a free-market catastrophe, by standing back and letting events take their course instead. Nothing is further from the truth: Hoover was an interventionist to his fingertips. The last of the laissez-faire presidents was Calvin Coolidge, Hoover's predecessor.