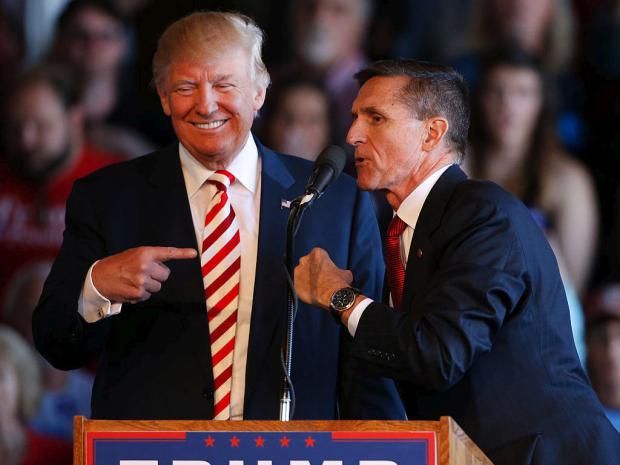 Now, after a prolonged battle against what Trump's biggest supporters see as a rigged judicial system staffed by Obama-era bureaucrats, Flynn's status as a deep state-fighting warrior has only grown. And with Flynn on the verge of potentially having criminal charges dismissed altogether, Trump allies are pushing the campaign to give Flynn the ultimate comeback: hitting the campaign trail for the president, according to nine people inside or close to the Trump campaign.

Three people affiliated with the campaign said they would welcome Flynn back — perhaps reprising his role as an opening act at Trump rallies or a TV surrogate — between now and Election Day, although a Trump campaign official said the campaign has not approached Flynn about taking a formal position.

The move would bring Flynn back to where it all started in 2016, but this time emboldened by his journey — from little-known campaign surrogate, to White House national security adviser, to indicted Russia probe target, to, potentially, the man who defeated Robert Mueller's prosecutors.

Should the United States Go to War with China if Taiwan is Attacked?

President Donald J. Trump Is Protecting Our Suburbs and Preserving the American Dream...

Massie, Biggs To Trump: "Listen To Your Gut Instincts" On Afghanistan, Iraq

In Huge Shakeup, Trump Moves To Withdraw 12,000 US Troops From Germany

Trump Is WINNING The Propaganda War Over BLM Rioting And Even Some BLM Leaders...