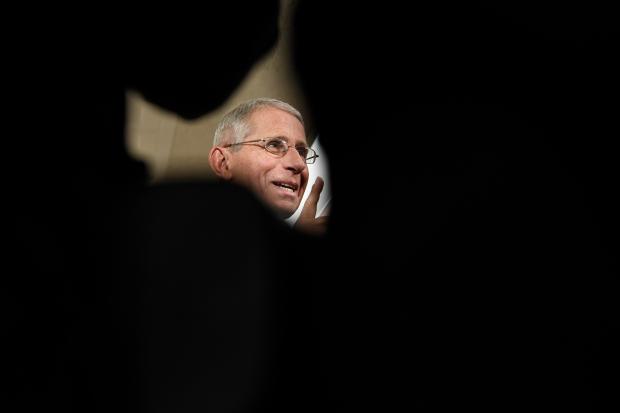 I knew for sure that Anthony Fauci is a fraud after listening to him for about 10 seconds—as anyone who listens carefully would have known as well. President Trump had been charging the Chinese government with obscurancy and deception in its handling of the novel coronavirus outbreak. Fauci had dealt intimately with the Chinese on that matter. His National Institute of Allergy and Infectious Diseases and the Centers for Disease Control had partially financed the notorious Wuhan laboratory where Chinese scientists were researching the virus. Fauci knew a lot.

A reporter asked Fauci if he agreed with Trump that the Chinese have not been fully forthcoming about the scope of the pandemic. Fauci answered that although the Chinese had lacked candor in previous years, this time they had turned over "the sequence of the virus." Spoken like a wily swamp reptile!

His words were factually correct. The Chinese had turned over all they knew about the virus's "sequence"—namely, its genetic structure. But the reporter and the audience neither knew nor cared about that. They were interested in the Chinese government's misrepresentations of the virus's contagion, fatality rate, and so forth. That is what they had dissembled and lied about.

Fauci's answer artfully deceived the audience into believing the opposite of the truth. Thus did Fauci help plant a dagger between Trump's shoulder blades and help his party—the Democrats and the deep state—extort the American people's compliance to their agendas.