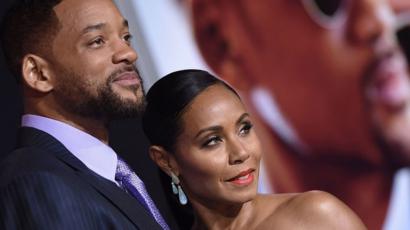 Within 16 hours after her bombshell tell-all confessional was posted on Friday, the segment, which detailed her affair with singer August Alsina, was viewed more than 12 million times.

During the 12-minute episode, titled Jada Brings Herself to the Table, the 48-year-old and her longtime husband Will, 51, shared the truth behind the rumors of her and August's relationship.

Jada explained she developed a friendship with August four years ago, but revealed she and Will were going through a 'difficult time' and had 'basically broken up.'

In Friday's episode of Jada's Facebook show, the Hollywood couple sat opposite each other as they set the record straight and reaffirmed their commitment to each other.

Rep. Jordan: 'Are We Going to Make America Great Again?

This Is Amerika: Where Fascism, Totalitarianism And Militarism Go Hand-In-Hand