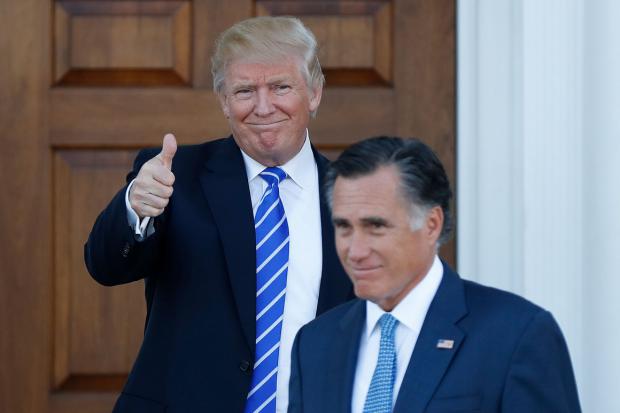 Mitt Romney has slammed Donald Trump for commuting the sentence of his close friend Roger Stone just days before he was scheduled to enter federal prison.

The Republican senator - who has been a vocal critic of the President on previous occasions - posted a savage message to Twitter on Saturday morning, which read: 'Unprecedented, historic corruption: an American president commutes the sentence of a person convicted by a jury of lying to shield that very president.'

Stone, 67, was set to spend 40 months behind bars after a jury found him guilty of obstruction, witness tampering and making false statements in connection with Robert Mueller's investigation into Russian interference in the 2016 election.

Trump commuted Stone's sentence on Friday afternoon, describing his friend of 40 years as 'a victim of a corrupt and illegal Witch Hunt, one which will go down as the greatest political crime in history.'

Stone was seen outside his Florida home Saturday morning in slippers and a customized mask as he celebrated swerving time in the slammer.

Romney - who was the lone Republican to vote to convict Trump during his Senate Impeachment trial in February - joined a chorus of prominent Democrats outraged by the move.

Russia Hoax: Are We All Being Played? Put Up Or Shut Up!