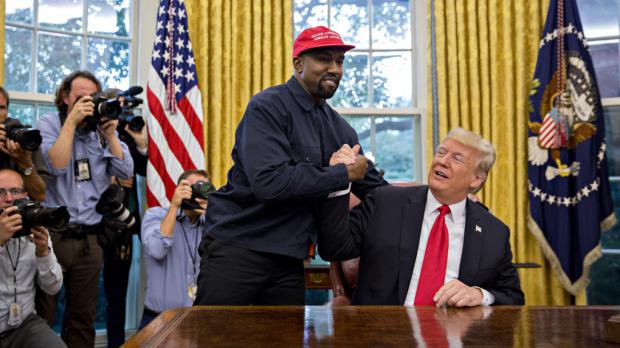 "[He's] a very good guy. He is a person that I get along with very well," Trump said when asked about West's presidential ambitions in an interview with Fox News's Sean Hannity. "At the end, I think he would support us over anyone else, we have to stop the radical left from taking over our country."

Last week, the Grammy-winner announced his intention to run as an independent candidate for the presidency, promising to "realize the promise of America by trusting God, unifying our vision and building our future."

Despite his announcement, it seems somewhat unlikely that Kanye West could end up as a credible candidate in this year's presidential election. He has yet to register with the Federal Election Commission, launch a campaign platform, or even garner enough signatures to get his name on the November ballot. West has also already missed the deadline to file as an independent candidate in six states.

As the Filibuster Goes, So Goes the GOP

Republicans Aid Kanye West's Bid to Get on the 2020 Ballot