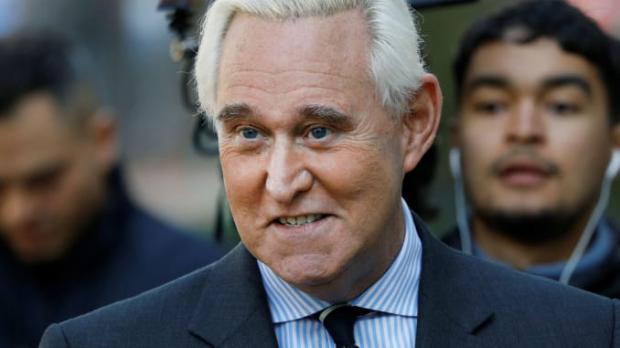 In an email to me, Roger says the report commissioned by Facebook "was done by one of the architects of the Russian Collusion Hoax https://www.cnbc.com/2019/01/27/ex-google-exec-camille-francois-russian-trolls.html."

He went on to write:
NOTHING in this report is true this is manufactured bullshit. I have NEVER owned a single FAKE Facebook, Twitter or Instagram page. Yes I have called out certain reporters for their advocacy of the Russian collusion Hoax- ON MY OWN PAGE.
This is very curious timing. Roger is scheduled to report to prison next week Tuesday.

There is speculation that President Trump might pardon Roger. This may be an attempt to make that more difficult but if there is one place Trump can display his toughness it is by pardoning his decades-long friend who has been a loyal soldier and was convicted on BS charges.