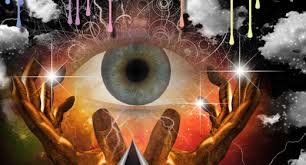 …The problem of the doctor and his nervously ill patient, and that of the religious leader who sets out to gain and hold new converts, has now become the problem of whole groups of nations, who wish not only to confirm certain political beliefs within their boundaries, but to proselytize the outside world."

– William Sargant "Battle of the Mind"

It is rather ironic that in this "age of information", we are more confused than ever…

It had been commonly thought in the past, and not without basis, that tyranny could only exist on the condition that the people were kept illiterate and ignorant of their oppression. To recognise that one was "oppressed" meant they must first have an idea of what was "freedom", and if one were allowed the "privilege" to learn how to read, this discovery was inevitable.

If education of the masses could turn the majority of a population literate, it was thought that the higher ideas, the sort of "dangerous ideas" that Mustapha Mond for instance expresses in "The Brave New World", would quickly organise the masses and revolution against their "controllers" would be inevitable. In other words, knowledge is freedom, and you cannot enslave those who learn how to "think".