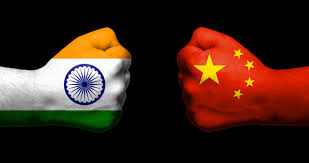 Given the dramatic rise in tensions between India and China over disputed borders in the region of Nepal and Bhutan where several soldiers from both sides reportedly died in hand-to-hand combat, the question is whether Washington is deliberately trying to fan fires of war between the two Asian giant powers. As unlikely as that might be at present, it indicates how unstable our world is becoming amid the 'coronavirus economic depression', and the perceived power vacuum of a US in retreat.

Speaking to a virtual Brussels German Marshall Fund Forum on June 25,Secretary of State Pompeo was asked about recent statements that the US military planned withdrawing a contingent of its forces from Germany. He replied that the Chinese threat to India and Southeast Asian nations was one of the reasons America was reducing its troop presence in Europe and deploying them to other places. He cited unspecified recent Chinese actions as "threats to India, threats to Vietnam, threats to Malaysia, Indonesia and the South China Sea challenge," adding, "We are going to make sure the US military is postured appropriately to meet the challenges."

The borders between China and India and Pakistan are one of the most complex and arguably most sensitive regions for potential conflict ever since in 1947 British Viceroy Lord Mountbatten partitioned the British Indian Empire into a dominantly Muslim Pakistan and a dominantly Hindu but secular India.