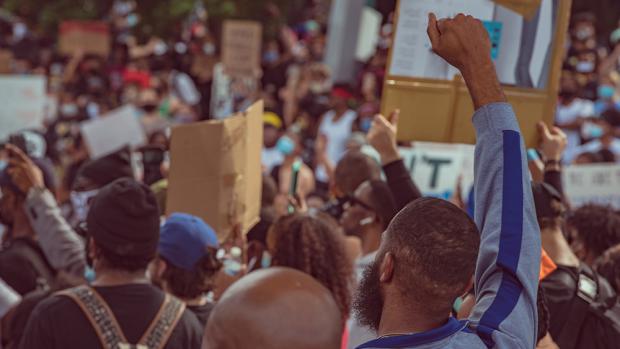 And anyone who gets in the way of the objective will be attacked and destroyed.

Fortunately, more and more Americans are wising up to what's taking place and are pushing back hard. One of them is actor Terry Crews.

He wrote something on Twitter that, in normal times, would never be taken as 'controversial,' but of course, we're not living in normal times; we're living in 'cultural revolutionary times.'

"Are all white people bad? No," the black actor and star of "Brooklyn Nine-Nine" wrote. "Are all black people good? No. Knowing this reality- I stand on my decision to unite with good people, no matter the race, creed or ideology. Given the number of threats against this decision-I also decide to die on this hill," Crews, a bodybuilder and former NFL player, wrote.

"It's an overly simplified message that fails to acknowledge the reality of prejudice in society," one Twitter user who thought he needed to school a black man who grew up in America wrote.

Crews had been dealing with the outrage Leftist mobs for weeks because back in early June, he tweeted a rock-solid truth bomb that mightily upset the 'Black Lives Matter' narrative of 'we do no wrong.'

Kindergartners To Learn About White Supremacy In PA School District

SELCO: Someone WILL Enforce the New Rules When the SHTF…

Why Aren't We Promoting Health to Combat COVID?

Did Buffett Just Bet Against The US? Berkshire Buys Barrick Gold, Dumps Goldman

Survival Mindset: Know That YOU Are Worth Defending

It's Not About Saving Lives

It's Not About Saving Lives

Why the brain is programmed to see faces in everyday objects