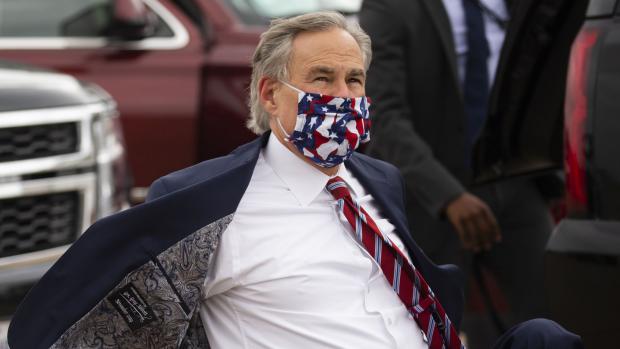 The mainstream media, predictably, is mis-reporting the executive order as a "statewide face covering requirement for Texans."

It is no such thing. However, it is worded in such an obtuse manner that this misinterpretation of the executive order will likely be universal in Texas.

Here is the important part of the order:

Every person in Texas shall wear a face covering over the nose and mouth when inside a commercial entity or other building or space open to the public, or when in an outdoor public space, wherever it is not feasible to maintain six feet of social distancing from another person not in the same household; provided, however, that this face-covering requirement does not apply to the following...

That comma after the word "space" is essential. It establishes "outdoor public space" as a clause within the sentence, meaning both indoor AND outdoor are covered by the exception "wherever it is not feasible to maintain six feet of social distancing." This is critically important, as it means even in stores or other indoor spaces masks are not required as long as it is possible to "social distance." That would include every grocery store and reasonably-sized commercial establishment.

In other words, this order was purposely written to be misinterpreted! Perception is 99 percent of reality, particularly among county and local officials who will mis-read this (probably intentionally) as a green light to crack down hard. Abbott is not mandating face masks outdoors or even indoors or even in commercial entities. But his order is worded in such a purposely weasel-like manner that it will be universally accepted and reported as such. It is already being so reported.

U. of Texas Bans All Parties

"He Abandoned The Deadly Cargo": Meet The Mysterious Businessman...