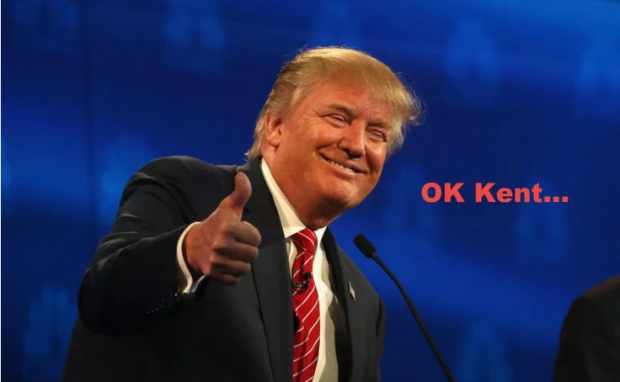 Now, after his speech at Mount Rushmore on July 3 I'm sure he's flying high and thinking his chances are good.  He did a masterful job of linking the protesters to those who want to erase American history, turn us into socialist zombies, and substitute their new history in which we, the free-thinkers, will be their slaves.  Even better, in the speech he essentially put Washington, Jefferson, Lincoln, and Roosevelt on his team.

I'm not kidding.  He literally put Washington, Jefferson, Lincoln, and Roosevelt on his team.

Why do I say that?  Because the protesters would like to take every one of those statues down, for various reasons.  The protesters are so stupid that they will now go on a rampage against Washington, Jefferson, Lincoln, and Roosevelt.

How's that going to look to the average American voter?

It's going to look like the epitome of a stupid and spoiled child.

And the executive order for a National Statue Garden of American Heroes?  Brilliant.

But there's another constituency who supported Trump in 2016 that are waiting for some signal, and that's the health freedom movement, particularly my wing, the "Anti-Vaxxers."

We need something bold.

Here's my suggestion.  During one of your speeches, I want you to drop in the phrase, "PLAGUE OF CORRUPTION."  I expressly give you permission not to mention me or Dr. Judy Mikovits.  We'll know.

Here's how you might do it.  You could be talking about the World Health Organization (WHO) and how they cowered before China as the Wuhan Virus started to rampage around the world and say something like, "The plague was bad enough, but the plague of corruption from the WHO  and China was even worse."

See how easily you could do it?

Or maybe with all those journals which were saying hydroxy-chloroquine was going to kill people, when in fact the well-designed studies are showing it cut the death rate in half.

You could say something like, "Big Pharma said they were fighting the plague, but the journals were suffering from their own plague of corruption!"  Getting the hang of it?

President Trump, I give you this expression as a token of my affection for the remarkable war you have been waging against the Deep State.

There are scoundrels in the democratic and republican party and I'm sure there have been many times when you've been shocked at the depth of the corruption.  We are here to support you, but you need to support us as well.

Use the expression "plague of corruption" and I'll expect an invitation to the White House in November.