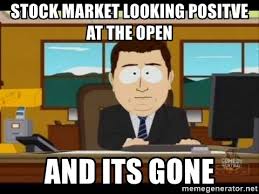 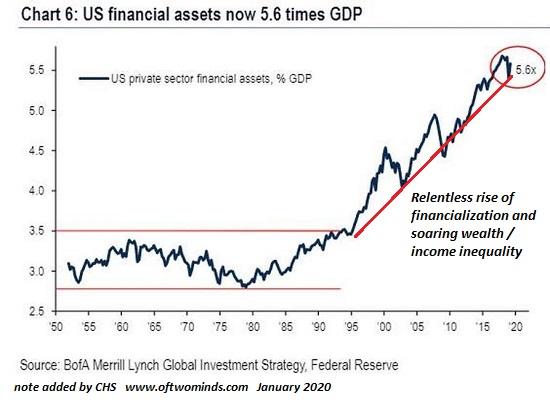 When I read a financial pundit predicting a bull market in stocks through 2024, blah-blah-blah, I wonder: what makes you think the stock market will even exist in 2024, at least in its current form?

Given the current trajectory of the real economy into the Greatest Depression while the Federal Reserve's entire raison d'etre is to send stocks soaring to the moon forever and ever, what are the odds that this disconnect leads to a political rebellion against the Fed and its wealth inequality machine, the stock market?

And if we understand this, then we also understand that with its stock buybacks, high-frequency trading and after-hours manipulation, the stock market is nothing more than finance capitalism's mechanism for increasing the concentration of wealth.

Should this awareness move from the few who currently understand the depravity and unsustainability of finance capitalism to the general public, why would they allow the skimming machine of the stock market to continue pillaging the nation?

(The appeal of the stock market as a casino game amateurs can easily win is part of its marketing, but like the casinos in Las Vegas, the number of punters who reap consistent gains and hold onto their newfound wealth for five years or longer is near-zero. That's the plan, of course; win a few bucks today and lose everything over time.)

The Endless Melt Up: Gold And Silver Soar, Global Stocks Turn Green For 2020;

How to Become "Anti-Fragile"

An Aspect of the Con

Bretigne Shaffer Interviews Marc J. Victor - Why is the Attorney for Freedom so Optimistic?

Murder Charge For Not Wearing A Mask? by Ron Paul

Animals Notice Something Missing at the Zoo--People