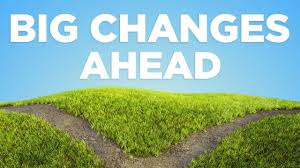 It's important to not work on "assumptions." It's very easy for us to think about points but then conclude, "Everybody knows that, everybody sees that, everybody's already understood that. Working from that position undermines that it is possible people haven't seen or acknowledged or observed certain things.

So this is just a "basic outlook." Let's take stock of where are we now.

The larger focus is still on the pandemic but also making sure we look into some aspects on either side of that fact. Regardless of your personal opinion about the virus, things will change for everyone with the second wave.

First, there's GOING to be a second wave.

Firstly, we need to accept there is going to be a second viral wave. That is inevitable. That is absolutely inevitable. Now, regardless of your feelings on how bad the pandemic is, how lethal the virus is, what you think of the statistics, or the reporting, etc. I am not going to say that's irrelevant, but I am going to say that it doesn't undermine is the fact there's going to be a second wave. Secondly, for any virus that spreads in the general population spread, there is always a risk of mutations, so just because we could say it hasn't potentially been "that bad" until now, doesn't mean that's the status quo, and it's going to stay the same.

Now, here's what's important about that. Looking at historical trend analysis, which is fairly substantive, the second wave is always going to be worse than the first, not only in infection and fatality numbers but also in overall impact. And why is that? The fact is, the number spike will largely be due to people's actions as they come out of the lockdown of wave one.

-people are (understandably) demonstrating their frustration and venting their concerns

-not following certain advice to minimize the potential infection spread

That's happening and it's happening worldwide. It is not exclusive to any country. Many, many countries are suffering from this same problem. This isn't speculative. You can all see this occurring with your own eyes. So these actions are going to be reflected in wave two infection numbers.

Bretigne Shaffer Interviews Marc J. Victor - Why is the Attorney for Freedom so Optimistic?

How to Become "Anti-Fragile"

An Aspect of the Con

Murder Charge For Not Wearing A Mask? by Ron Paul

Animals Notice Something Missing at the Zoo--People