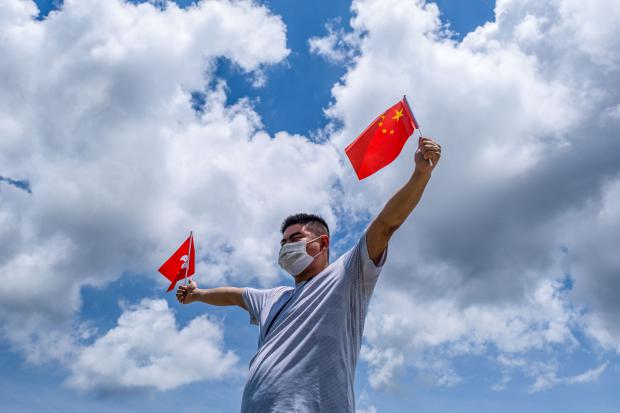 As my plane took off, I looked down wistfully for one last time at the city I love so much, with its skyscrapers, its ferries and its fabulous fizzing energy.

I was bidding farewell to Hong Kong. At the age of 26, I was leaving my home, my parents, my two brothers and my friends – even the pair of cats I had saved from the streets and who offered me unconditional love in return.

I had no desire to depart this bustling, life-enhancing metropolis, which has been my home since I moved aged six with my family from the Chinese border city of Shenzhen.

But like other activists fighting for democracy and freedom, I knew I would be targeted by the communist leaders in Beijing under a sweeping new security law designed to silence the millions of Hong Kongers resisting the slide into autocracy.

This is a dark moment for Hong Kong. China is openly tearing up the One Country, Two Systems deal agreed with the UK in the 1997 handover. It was meant to last 50 years, guarding the freedoms that made my city so vibrant and a world-beating financial centre.