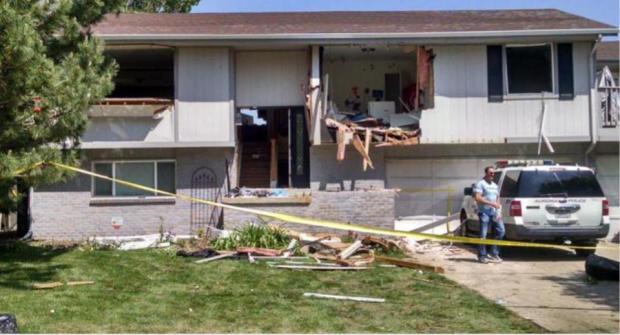 They can now apparently completely destroy your home and they will not have to pay for it. That's what happened to Leo Lech's home in 2015 after a shoplifter — accused of stealing a shirt — illegally entered his home, forcing Greenwood Village SWAT to go room by room ransacking the place with explosives.

Last year, as TFTP reported, a federal court refused to grant the homeowners any compensation. This was in spite of the fact that the family had no connection to the theft, never allowed the thief in their home, and broke no law prior to police destroying their home. After receiving this news in October, the family held out hope for their chances in the Supreme Court.

This week, however, all those chances turned to ash as the land's highest court refused to even hear their case.

As Reason points out, this is despite the fact that the Takings Clause of the 5th Amendment is supposed to protect citizens from having their property taken or destroyed by the government without being justly compensated for that loss.

So much for that pesky piece of paper called the Constitution….

"The simple rule of the Constitution is that the government cannot arbitrarily single out private citizens to bear the costs of something that should rightly be the burden of society as a whole," said attorney Jeffrey Redfern of the Institute for Justice, the public interest law firm that represented the Lechs, in a statement. "If the government requires a piece of property to be destroyed, then the government should pay for it—and that's just as true regardless of whether the people doing the destroying are the local school board or the local police."