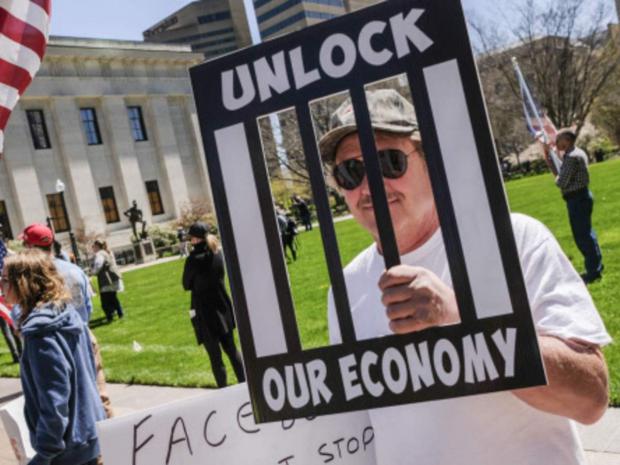 Forty million Americans lost their jobs, and at least 20 million of those are still unemployed. Income in America fell to such low levels that federal tax revenues fell by more than 50 percent year over year in April and remained down more than 25 percent in May. These are losses of historic proportions.

It remains to be seen if the country even began anything that could realistically be called a "recovery" in June. After all, new unemployment claims were still at over a million new applicants according to the most recent data. That's still off-the-charts bad. Nonetheless, we continue to hear about how, any day now, we'll see evidence of a "V-shaped recovery" in which jobs and economic growth will come roaring back.

But now we're already seeing governments—by which I mean a small cadre of governors and unelected bureaucrats who currently rule by decree—announcing another round of business closures and ongoing government regulations that micromanage every aspect of a business's daily interactions with customers.

This is likely to greatly slow any V-shapred recovery that might have been forming, and it will give businesses reason to further put off plans for implementing efforts at recovering from the economic crash experienced in April and May.

Food Prices Rise To Dangerous Levels As "A Second Wave Of Layoffs" Hits The U.S. Economy