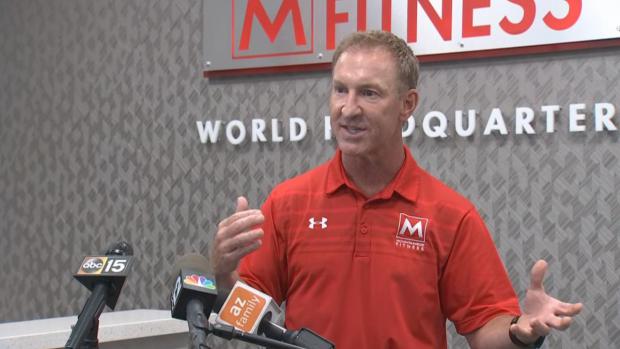 PARADISE VALLEY, AZ (3TV/CBS 5) -- Mountainside Fitness CEO and founder Tom Hatten announced that his company is planning to sue Arizona after Gov. Doug Ducey ordered a one-month pause that will consist of the closures of businesses like gyms, bars and movie theaters on Monday. The executive order is an effort to slow down the spread of COVID-19. Hatten's company filed a notice of claim, which is a precursor to a lawsuit, against Gov. Ducey on Tuesday. The court paperwork is seeking an injunction against Ducey's closure order, calling it arbitrary and irrational.

Hatten also confirmed on Tuesday that the company had received "a few" citations because gyms were still open. He didn't say which locations, only that it was in a "couple cities." The Scottsdale Police Department then confirmed officers went the location near 116th Street and Shea Boulevard this morning around 9:45 to give education to staff about breaking Ducey's executive order. But when they returned around 2:25 p.m. the gym was still open, so the location was cited for a class one misdemeanor.

Hatten said certain businesses shouldn't be forced to close while others get to stay open. "We can't run around as a society as I feel and start to legislate everyone's choices. We can group together to fight this virus. If it is this serious, everybody shut down. If it's that serious, not just to go, we're going to make it look like we're doing something," Hatten said.

"You have to feel bad for the Mountainside Fitness people. They say, 'We did everything you told us to do,'" said Dan Barr, who is a partner in the law firm of Perkins Coie and an expert in Constitutional law.

"The Mountainside Fitness lawsuit admits what they have to show here, that the governor's actions were unreasonable, that his closing down of the fitness facilities are not reasonably tied to slowing the growth of COVID. That's a tough standard to meet," said Barr.