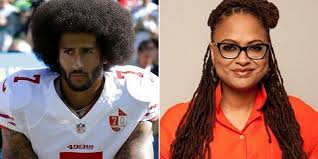 The athlete and activist is teaming with Ava DuVernay for Colin in Black & White, a scripted limited drama that has been picked up straight to series at the streaming giant.

The six-episode series will examine Kaepernick's adolescent life, focusing on his high school years and the acts and experiences that led him to become the activist he is today. Kaepernick will appear as himself as the narrator of the series, which will cast an actor to play the younger version of the star quarterback.

Kaepernick in 2016 protested racial injustice, police brutality and systematic oppression when he kneeled during the national anthem ahead of a San Francisco 49ers game. His act of protest was, at the time, considered polarizing with both NFL officials and fans, eventually drawing the ire of President Trump, who urged team owners to fire players who protest during the national anthem.