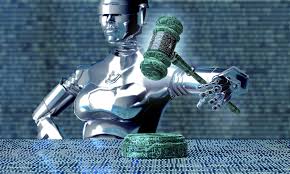 He programmed the software to help himself out with a "respectable collection of fines" he had assembled, according to Forbes.

Some weeks later, he had a program called "DoNotPay" which he shared with friends and touted online. After it became popular on Reddit, it went from having 10 users to over 50,000 users.

Today, Browder has parlayed that early success into raising a $12 million Series A round at an $80 million valuation from Coatue, Andreessen Horowitz, Founders Fund and Felicis Ventures. He had previously raised $4.6 million in a seed round.

Browder calls "DoNotPay" the "world's first robot lawyer" and the software has moved on from just parking tickets to helping people with over 100 areas of consumer rights. The company offers legal help with customer service disputes like airline flight compensation or cancelling subscriptions (KaaS = Karen As A Service?).

Browder said: "In the crisis times that we live in, lots of big companies are using consumers as a lifeline. You see this with airlines as they refuse to refund people and instead they issue them a travel credit, just because they know they can get away with it."