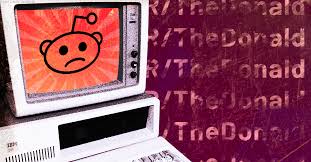 Having been convinced by the latest batch of national polls that Trump can't possibly win in November, dozens of major companies are joining a Facebook advertising "boycott" intended to punish the company for refusing to censor conservative views, opinions and even facts that contradict the official far-left narrative. And now, more social media organizations are turning their own virtue-signaling dials up to "11", with Reddit shutting down one of the most popular pro-Trump subreddits.

Reddit's "r/The_Donald" subreddit garnered plenty of media attention during the 2016 primary, and later during the campaign, as a popular online gathering place for Trump's most fanatical supporters. According to a recently archived copy of the site, the subreddit had nearly 800k subscribers, making it one of the most popular conservative-focused subreddits on the site.

Reddit CEO Steve Huffman told reporters - according to Axios - that the company "tried everything" to avoid outright banning "The_Donald", including approaching users in good faith, but they continued to break Reddit's rules, including by upvoting more prohibited content and antagonizing other communities.

"It was becoming clear that the company's values and the way discourse was playing out on the platform was one of the main things we wanted to fix in our content policy update," Huffman said.

Three Churches Were Burned Within 24 Hours. Why Does the Media Remain Silent?

The Hidden Agendas of Masks, Distancing, and Tracing

Eviction Looms for Millions of Americans Who Can't Afford Rent