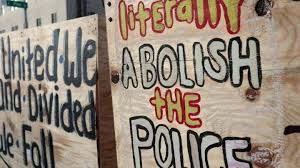 This means that if someone gets shot inside the area then they are entirely on their own.

According to Solan, "violence has now besieged" what used to be known as the Capitol Hill Autonomous Zone (CHAZ) of Seattle, a six-block area of total lawlessness where cops are now prohibited from making an appearance – unless, of course, they want to be violently assaulted.

Early on in its existence, Seattle Mayor Jenny Durkan described the CHOP as a "street fair," likening its vibe to "the summer of love." But according to Solan, anyone who dares to enter the CHOP will actually be entering "the summer of chaos," as all law enforcement activity has ceased within the containment area.

Demonstrating that America really has become a failed state, the continued existence of the CHOP is a type of writing on the wall for many other large American cities. Many had hoped that the CHOP would be broken up by now, and the fact that it has not suggests that the rule of law everywhere could be on the brink of no return.

Can You Really Blame Them?

Dr. Fauci warns against dining out, playing sports, going to school and church...

Civil war is here: But is Trump ready to engage Obama's street fighters?