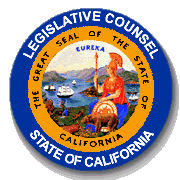 On November 5, 1996, Californians headed to the ballot box to weigh in on the California Civil Rights Initiative—aka Proposition 209—to end government discrimination.

The measure, modeled on the Civil Rights Act of 1964, read:

"The state shall not discriminate against, or grant preferential treatment to, any individual or group, on the basis of race, sex, color, ethnicity or national origin in the operation of public employment, public education, or public contracting."

In the first electoral test of affirmative action on the continent, Californians overwhelmingly rejected the policy. Prop 209 received 55 percent of votes, and has held off legal challenges since.

On Thursday, the California legislature voted to strike those words from its Constitution, paving the way for repeal of Prop 209.

On Twitter, supporters of the vote said the move, which would permit state discrimination based on race, sex, color, ethnicity and national origin, would "advance true racial and gender equity in this state."