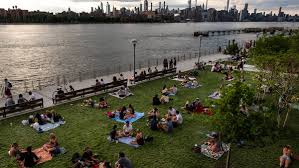 (Natural News) The governors of New York, New Jersey and Connecticut announced Wednesday that all visitors from states with high Wuhan coronavirus (COVID-19) caseloads are required to self-quarantine for 14 days on arrival.

"This is a smart thing to do," said New Jersey Gov. Phil Murphy via video at a joint news conference in New York City. "We have taken our people, the three of us from these three states, through hell and back, and the last thing we need to do right now is subject our folks to another round."

Advisory implemented quickly to prevent travelers from rushing to beat it

The "joint travel advisory" took effect immediately at midnight on the day it was announced. New York Gov. Andrew Cuomo said that the quick implementation was aimed at preventing a rush of travelers trying to avoid the requirements.

"We now have to make sure that the rate continues to drop," Cuomo said. "A lot of people come into this region and they could literally bring the infection with them. It wouldn't be malicious or malevolent, but it would still be real."

Only a handful of other states, such as Hawaii, Maine and Rhode Island, have required out-of-state travelers to quarantine. Some of these – including Florida and Kansas – only do so for those coming from specific states.

The new advisory in New York, New Jersey and Connecticut would apply to any person – both visitors and returning residents – coming from a state with a positive test rate higher than 10 for every 100,000 residents, or a state with a 10 percent or higher rate over a seven-day rolling average.