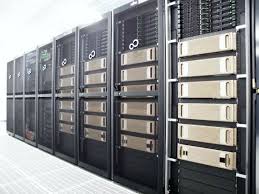 The cluster was built in the month since the announcement of Nvidia's new Ampere architecture and A100 artificial intelligence (AI) accelerators. Selene provides up to 1 exaFLOPs of AI, and over 27 petaFLOPs of HPM. Selene ranks as the No. 2 supercomputer for energy-efficient supercomputers. It exceeds 20 gigaFLOPs per watt. Selene uses 280 of these DGX A100 systems, for a total of 2,240 A100 GPUs, and 35,840 processor cores.

First introduced in the NVIDIA Volta™ architecture, NVIDIA Tensor Core technology has brought dramatic speedups to AI, bringing down training times from weeks to hours and providing massive acceleration to inference. The NVIDIA Ampere architecture builds upon these innovations by bringing new precisions—Tensor Float (TF32) and Floating Point 64 (FP64)—to accelerate and simplify AI adoption and extend the power of Tensor Cores to HPC.