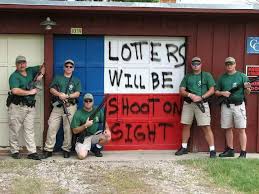 Likewise, no living American was ever a slave-keeper. After 75 years of earnest reforms, sometimes imposed at bayonet-point, there is no such thing as "systemic racism". In terms of reparations, nobody living today owes anything to anybody.

Although most commentators are mortally afraid to say it openly—and it may get me kicked off the People's Soviet Facebook—Black Lives Matter has shown itself to be nothing more than another cheesy communist front group, a grimy gang of greedy malcontents. Their celebrated founder (whose name she would want me to mention) is a dedicated Marxist, photographed clinging affectionately to Nicolás Maduro's arm—probably because Fidel Castro wasn't available.

The unquestionable fact, however, is that there are rich black people. There are are famous black people, as well. Likewise, there are politically powerful black people. They are no more statistically scarce than rich, famous, or powerful white people. A black man was elected President of the United States twice and surveys indicate that there are plenty of black scholars and statesmen—several of them women—that "even" supposedly racist conservative Republicans would enthusiastically vote for. Most importantly—get this and get it straight—poor white people are no less disenfranchised by the culture we live in than poor black people.