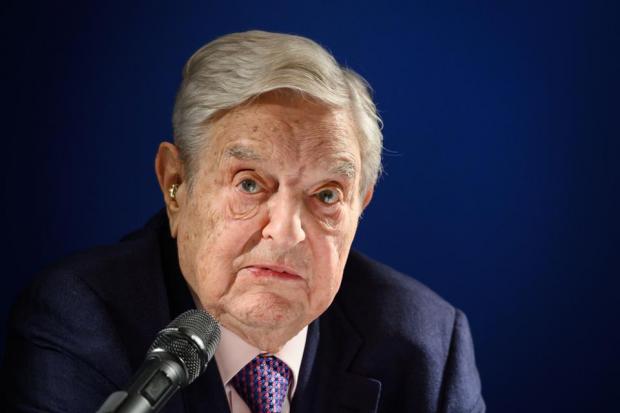 George Soros, the billionaire investor and philanthropist who has long been a target of conspiracy theories, is now being falsely accused of orchestrating and funding the protests over police killings of Black people that have roiled the United States. Amplified by a growing number of people on the far right, including some Republican leaders, online posts about Soros have skyrocketed in recent weeks.

They have been accompanied by online ads bought by conservative groups that call on authorities to "investigate George Soros for funding domestic terrorism and his decades-long corruption."

Soros, 89, has donated billions of dollars of his personal wealth to liberal and anti-authoritarian causes around the world, making him a favored target among many on the right. The Hungarian-American, who is Jewish, has also been the subject of anti-Semitic attacks and conspiracy theories for decades.

Such hoaxes can now travel farther and faster with social media.

Over just four days in late May, negative Twitter posts about Soros spiked from about 20,000 a day to more than 500,000 a day, according to an analysis by the Anti-Defamation League.