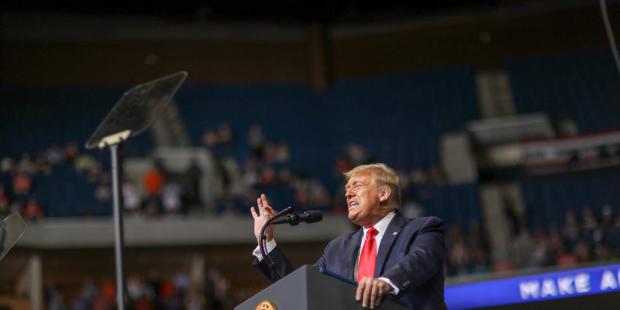 She boasted that teens across the nation and around the world had scammed the event by registering for spots, snagging up mass tickets online in order to prevent others from attending, leaving most of the arena barren and empty.

According to a Forbes report on Sunday, while the BOK Center's total capacity is near 20,000 - about 6,200 people showed up, bused on Tulsa Fire Department numbers.

The New York Times also reported on the organized attempt to scam the Trump campaign by ensuring a low turnout, saying "hundreds of teenage TikTok users and K-pop fans say they're at least partially responsible."

However, the media reports appear driven purely by anecdotal evidence like Twitter testimonials among teens and parents claiming success in the scheme.

For example, AOC's "shout out to Zoomers" for what she called the "fake ticket reservations" appears based not on direct knowledge of it actually taking place, but merely on media reports.

TikTok users and fans of Korean pop music groups claimed to have registered potentially hundreds of thousands of tickets for Mr. Trump's campaign rally as a prank. After the Trump campaign's official account @TeamTrump posted a tweet asking supporters to register for free tickets using their phones on June 11, K-pop fan accounts began sharing the information with followers, encouraging them to register for the rally — and then not show.

Sargon Says Tim Pool Is On The Trump Train, Well Here's The TRUTH The Democrats Are INSANE

Trump Is Saying Epstein Was Taken Out?!