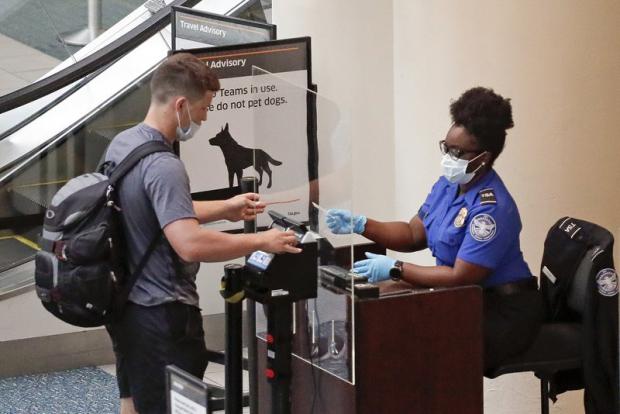 The top TSA official in Kansas, Jay Brainard, says the agency didn't train staff for the pandemic and barred supervisors like him from giving screeners stockpiled N95 respirators in March when facial coverings such as surgical masks were hard to buy.

"I have no doubt whatsoever that our people became Typhoid Marys and contributed to the spread of that virus because TSA senior leadership did not make sure (screeners) were adequately protected," Brainard told The Associated Press on Friday.

Brainard filed a complaint against his own agency with the Office of Special Counsel, which handles whistleblower complaints, earlier this month. Late Thursday, the special counsel ordered TSA's parent agency, the Homeland Security Department, to conduct an investigation.

The TSA said in a statement that it has followed guidelines set by the Centers for Disease Control and Prevention in deciding protection standards for workers.

IMPORTANT: People Who Are FULLY VACCINATED Are STILL GETTING...

At Least 5,800 Fully Vaccinated Americans Have Contracted COVID-19 – 74 Have Died