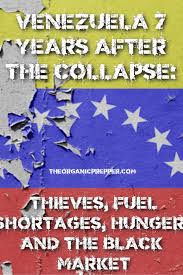 The past few months, thinking of going back to my country has added to my inquietude and taken a toll on my mood. Politics aside, the pandemic alone has changed everything. If tomorrow I was offered a European passport or a Green Card, it would be hard to choose. In the best-case scenario, I accept that I must live the rest of my life as a refugee. However, I think of what that would do to my kiddo. My son would never see his grandparents alive again. If this all continues as it is now, my life expectancy could be reduced to 5-10 years from now. I am not exaggerating.

Back in 2016, I was watching some educational channels and enjoying a glass of wine in my air-conditioned bedroom. In my free time, I was teaching my kiddo how to operate my CNC equipment. I had him cutting and carving out some pieces, and practicing engraving methods.

I seriously believed things were going to change for good, and I would live long enough to see my kid and my grandsons go to college.

My hometown is small and it is (or was) peaceful. Everyone knows each other and you can still go out at night, though there are not too many places to hang out. It is a farming town, with small to medium-size farms. Cattle, pigs, corn, sorghum and tobacco are the main farms. Every now and then, there will be tomatoes grown and a few other things. Back in the day, the very best tomato sauce was produced there and appreciated by the entire country.

We used to manufacture goods such as matches, shoes, freezers, fridges, and more. Then, globalization was introduced. Suddenly, it was cheaper to produce tomato sauce using tomato paste imported from Chile, half a continent away. Now, we light the fire on our kitchen stove with disposable, and extremely expensive, Chinese plastic lighters. In the same way, our national brands of clothing and shoes, like Sergio Valente, Didaven, Laura Shoes, and many others, were replaced by cheap Chinese fakes that were not even close to the same quality.

Now, where the only law is the fear imposed by AK-toting guys, in unidentified vehicles, crime has increased in the countryside and in the cities. Restrictions on importation were lifted and those using foreign currency made huge fortunes importing from abroad. Just a couple containers with 400K worth of Christmas ornaments could be sold at twice that price. (After bribing the customs officers.)

(I offer you only this slight perspective now. More will be described in great detail in my book, scheduled to be out this year.)

Farmers in Venezuela have routinely faced thieves. Why? Lack of weapons for self-defense and corruption of the authoritative institutions. If a farmer were to shoot a thief, even while his life was under deadly threat, it would be a real feast for the police. The farmer would be thrown in jail, with no communication allowed, for a few days to build pressure. After those few days, they would ask the farmer for something to fix that regrettable mistake.  Then the officers would make it clear to their subordinates that they, "never should have allowed this fine gentleman to be subject to such mistreatment, blah blah blah." After the cash had exchanged hands, apologies were given and everything would be forgotten in a few weeks. Its been this way for a long time.

It saddened and alarmed me to learn from a farmer in the Los Andes Mountains that people would come from the town, walking kilometers uphill during the night, even when raining, to steal potatoes. Crops that have not yet matured are being dug out of the ground. Farmers have to sleep in their potato fields to avoid being stolen from. Unarmed, roving bands of four or more thieves have caused the farmers to arm themselves with machetes and pikes.

My brother-in-law is a countryside kind of guy, living in the little house they could afford in a barrio. As soon as they moved in they started a garden. However, being unprotected and without money for a fence in the back, it was quickly looted by neighbors. The culture where food for the kids was respected is now long gone in the modern Venezuela society. Back in the day in the inner towns even accidentally killing an animal belonging to someone else, was something serious. Unless a compensation was given to the owner, you could expect problems. I can see why. I´m sure you can, too.  In the countryside towns, everyone had chickens of their own, and chickens have been an important part of homesteading. Chicken thieves were usually beaten up by the entire town!