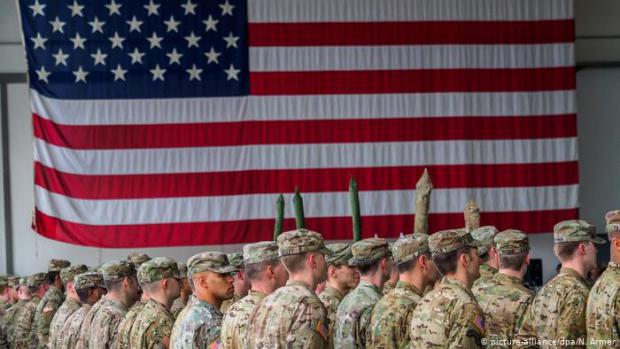 Opinion polls in Germany have long shown that at least a near-majority of its public actually prefers US troops to leave, so despite US-Germany tensions reaching the point of White House ordering significant troop reductions from the country after a decades-long build up as part of Cold War era deals, we don't expect they'll be missed among the German public at least.

On Friday President Trump directed the Pentagon to withdraw 9,500 US troops from Germany by September, following years of the administration severely criticizing lack of enough military spending from its European ally.

The reduction will result in a new "cap" of 25,000 maximum troop levels in the country. The WSJ notes that "Under current practice, overall troop levels can rise to as high as 52,000 as units rotate in and out or take part in training exercises."

It's being seen as Trump's latest "lashing out" regarding the largely failed NATO goal of spending 2% of GDP on defense. An unnamed senior German defense official told WSJ, "We always knew Trump would lash out when he is under pressure domestically, but we thought he would first pull out of Afghanistan."

The official added: "This move will not help friends of the U.S. in Germany who are working hard to preserve the trans-Atlantic relationship, but it will boost the anti-American sentiment that has been spreading here."