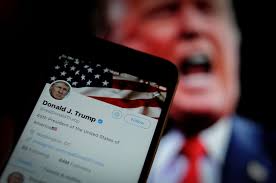 In particular, Trump has a well-founded complaint with the infamous section 230 of the CDA, which grants tech companies a certain level of immunity from various civil lawsuits, including defamation lawsuits. By doing so, section 230 not only attempts to preempt state law to the contrary—federal preemption is almost always bad— but also creates a class of actors that enjoys the status of a neutral platform or common carrier but exercises editorial discretion.

Remember, in 1996 social media did not exist. Search engines like Alta Vista and Netscape were rudimentary; most people still typed site addresses into their browsers. The CDA was aimed primarily at internet service providers such as AOL, which Congress ostensibly wanted to shield from any liability for the actions, communications, or content of users. After all, when two individuals engage in a criminal conspiracy by phone prosecutors don't indict the cellular network provider. The CDA made sense in an era when the internet was in its infancy.

But fast-forward twenty-five years, and social media companies have been thrust into the role of "community standards" police. Search engines, particularly Google, are the gatekeepers and curators of the information we consume. These tech companies now appoint themselves arbiters of truth and propriety, and not only with regard to politics and campaigns. Hate speech and harassment, both ambiguous and ever shifting, are grounds for removal or suspension from platforms. Unorthodox or politically incorrect views on scientific issues surrounding global warming, vaccines, and COVID-19 are regulated by invisible algorithms or unaccountable employees of tech companies. "Bad" websites and blogs disappear from search results, or are buried so deep as to become invisible.

By any measure, these actions by technology companies—banning, suspending, shadow banning, and demonetizing—are based on the content involved or the identity of the user. In both cases, editorial judgment is applied. This is inescapable. So to the extent that the CDA immunizes editorial decision-makers or their tech company employers against liability for damages from lawsuits otherwise recognized by state law or common law, libertarians have every reason to object. But as with most cases of favoritism in law, the answer is repeal of special privileges rather than more legislation.

Stefan Molyneux interviewed by the Health Ranger on censorship...

As Predicted: Parler Is Banning Users It Doesn't Like