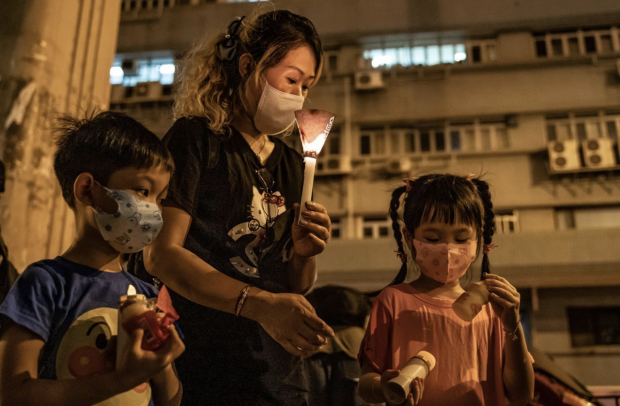 the city's own executive council, which over the years has been packed with pro-Beijing lawmakers via anti-democratic tactics, has just made it illegal to "disrespect" the Chinese national anthem.

Criticizing the anthem, or not showing appropriate respect, is now punishable by a penalty of up to three years in prison, and a maximum fine of HKD$50,000 ($6,400). The law was approved by a 41-1 vote in the legislature, according to WSJ.

What's worse: the new law, perhaps the biggest move by the legislature to suppress political freedoms in the city to date, was passed on the anniversary of "the June 4 incident" - better known in the US as the Tiananmen Square massacre, which WSJ noted is a "poignant day" for Hong Kong.

Many suspect that the law was passed as part of an effort mandated by Beijing to crack down on an annual vigil to honor the victims, which the authorities are refusing to allow this year for the first time since the incident occurred.

The vote was held on a poignant day in Hong Kong, where for the first time in 30 years, authorities refused permission for a mass vigil to mourn the deaths of the pro-democracy students gunned down by Chinese soldiers in Tiananmen Square 31 years ago. Police objected to the vigil, citing social-distancing rules amid the continuing coronavirus pandemic, and threatened to arrest those who violated the ban.

Vigil organizers and opposition groups have accused officials of using those regulations for political means to stifle dissent in the city, which was gripped by months of social unrest last year. China is in the process of passing national-security laws in the city to prevent a recurrence of the sometimes violent protests that drove the city into recession, a move opposition groups fear will permanently end the annual June 4 vigil and curb other demonstrations.