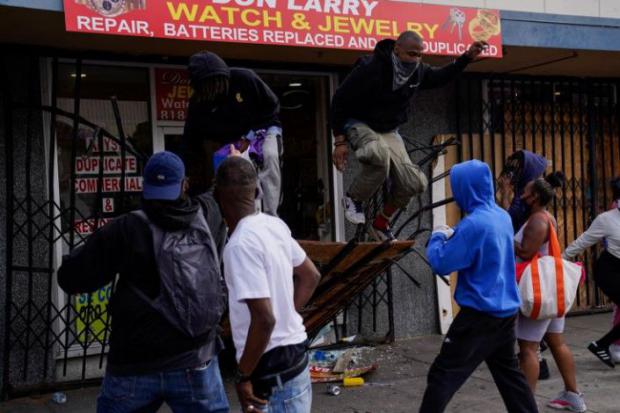 More than 1,000 people were arrested in Los Angeles alone over the weekend, but officials say they have not given up on tracking down others.

The Los Angeles Police Department has been collecting evidence throughout the protests sparked by the death of George Floyd. That evidence is mostly in the form of video footage that could be used to identify individuals and bring charges against them in the future.

The FBI on Monday put out a nationwide call for pictures and videos that could help identify people "actively instigating violence" at protests across the country decrying Floyd's death at the hands of Minneapolis police.

This strategy has been used in the past, including during melees that followed Lakers victories in downtown Los Angeles, as well as in other cities that have experienced unrest, such as Baltimore.

But it is also generating concern.

Nikhil Ramnaney, head of the union that represents Los Angeles County public defenders, expressed concern that funneling footage to local law enforcement agencies or the FBI in the hope of catching looters could allow law enforcement to use facial recognition technology to identify peaceful protesters in the area.

Breaking: Ghislane Maxwell Arrested by FBI! Is She The Center of The Entire Epstein Case?

Prince Andrew is 'bewildered' over lack of response from US justice officials as he...

Ghislaine Maxwell "Knows Everything" And "Will Be Naming Names", Former Epstein

BREAKING: The FBI Just Arrested Ghislaine Maxwell! Why It Matters

US population growth is driven ONLY by minorities --

Sitting this one out:

The palace prank that could backfire on Prince Andrew:

Luxury New Hampshire hideout where Ghislaine Maxwell was arrested by the FBI 'was bought...

The book that damns Ghislaine Maxwell…