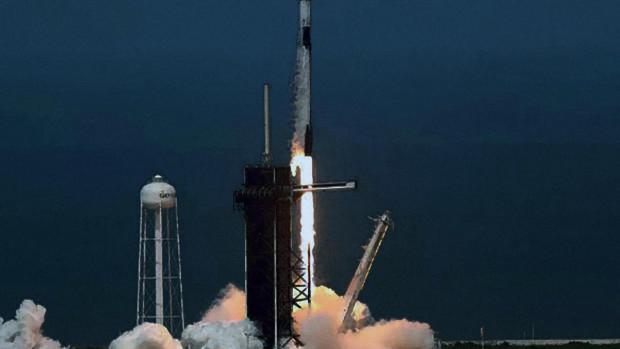 In a terrible year, it was a great moment. On May 30, SpaceX's Crew Dragon, the first private-manned spacecraft ever and the first US-manned spaceflight in nine years, successfully delivered NASA astronauts Bob Behnken and Doug Hurley into orbit. Taking them was SpaceX's reusable Falcon 9, powered by rocket fuel and Linux.

Like supercomputers, Internet of Things (IoT) devices, and many mission-critical devices, the Falcon 9 flies with Linux. SpaceX's software engineers explained several years ago how the Falcon 9 programming works.

At the time, the developers said:

"The Flight Software team is about 35 people. We write all the code for Falcon 9, Grasshopper [The Falcon 9 test rocket], and Dragon applications; and do the core platform work, also on those vehicles; we also write simulation software; test the flight code; write the communications and analysis software, deployed in our ground stations. We also work in Mission Control to support active missions."

The Falcon 9's onboard operating system is a stripped-down Linux running on three ordinary dual-core x86 processors. The flight software itself runs separately on each processor and is written in C/C++.

Ordinary? Yes, ordinary. You see, spacecraft CPUs are far from the newest and greatest. They're developed for spacecraft, which takes years -- even decades -- to go from the drafting board to launch. For example, the International Space Station (ISS) runs on 1988-vintage 20 MHz Intel 80386SX CPUs. We don't know, however, what chips the Falcon 9 uses. Chances are, though, their design is at least a decade older than what you'd buy at a Best Buy now.