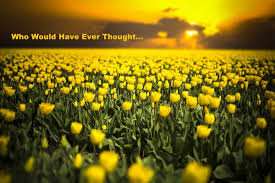 When you turn on the nightly news every night this last week you see something VERY unusual.  You see the reactions of the globalists/socialists to the simple fact that they have lost control of the social dialogue in America and in Western Civilization..  So they are resorting to looting and destruction of America's cities, in an attempt to get attention and re-assert their old power through fear.

And, it is NOT working.

Instead, we, as a society, are gearing up to subject them, and their funding and organizing sources, to mass arrest and incarceration using the 1807 Insurrection Act.

I have been saying to my friends for  quite a while now:

"It is NOT the liberals in this country who are the problem.  It is WE – the conservatives.

Why?  Because WE, the conservatives, are the adults in this conversation.  WE are the ones that let the liberals get away with this crap all this time while we sat here in our complacency playing with our expensive adult toys.

WE, the conservatives, know how to act.  We know what has to be done.  We know who has to be bitch-slapped into proper behavior.  What are we all waiting for?

When dealing with the liberal progressives it is like dealing with your own teenagers.  There comes a time when you have to take away the car keys."

It has become VERY obvious that the "Anti-Vaxxer" Movement has adopted this paradigm in their processing of their efforts to destroy the evil vaccine (drug) industry.

Despite the very best efforts of the Big Pharma sleaze machine the "Anti-Vaxxer" message now, not only dominates the American/Western Civilization conversation, but the Movement has moved way beyond the simple message that "vaccines are total deadly crap."

"Anti-Vaxxers" now are looking very hard at the apparatus that Big Pharma, and their minions, are using to damage our children – with an eye towards destruction of that apparatus..  Kent and Judy's book "Plague of Corruption" is a prime example of that.

How did the book "Plague of Corruption" get "everywhere?"

Because the powerful "Anti-Vaxxer" movement PUT IT everywhere.

We all know a lot about how Big Pharma's sleaze machine works.  All we have to do is turn on any liberal nightly news station.  There we can see the seething hatred spewed at America every night – their well deserved self-loathing projected outward.

Then if that's not enough, we can look to Social Media, where we can find the also self-loathing "skeptics", each using their 30 different internet fake identities to attack mothers of autistic children.