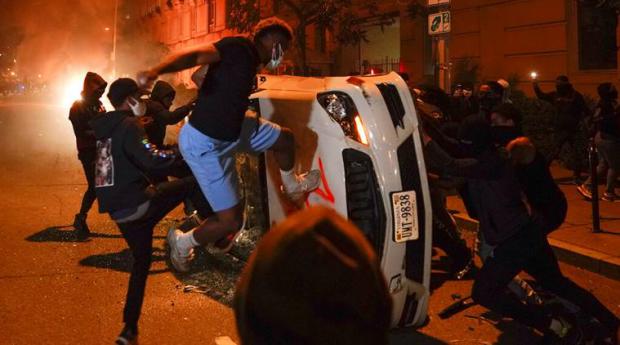 Not so, and I can prove it.

I can tell the difference with one question.

"Are rioting and looting wrong?"

One side will say yes. The other will give you a speech. Works every time.

(Michael Malice has a similarly formulated question, unrelated to riots, which inspired mine.)

Remember how we were supposed to be terrified of three dozen right-wing extremists with no funding and no foothold in media, entertainment, or academia? And the left were just "anti-fascist" activists innocently pursuing justice?

(It seemed pretty dumb then, too.)

The left — and plenty of libertarians, to their profound shame — can't seem to decide between two ways they want to spin what is currently happening:

(1) Riots are the language of the unheard, and we should try to understand people participating in them even if we (rather tepidly) disapprove.

(2) It's outside agitators spurring the riots, so we shouldn't blame the peaceful protestors.