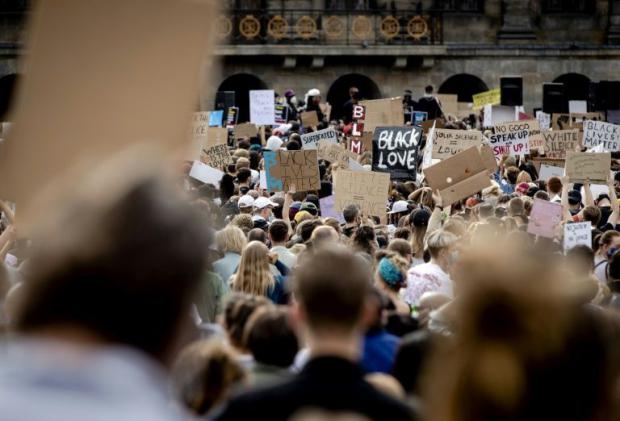 The Hague (AFP) - Thousands of protesters rallied in the Dutch and Irish capitals on Monday against the death of a black man during an arrest by police in the United States.

The protests that have roiled US cities for six nights have now spread around the world, with rallies as far afield as London and New Zealand.

The protest was partly organised by a group that aims to stop the Dutch Christmas tradition of "Black Pete" -- one of Santa's helpers who is dressed in blackface.

In Dublin, protestors marched on the US embassy on Monday afternoon, chanting Floyd's name and taking a knee at the gates of the compound in a moment of silence.

Police on the scene told AFP they estimated between 2,000 and 3,000 took part in the peaceful demonstration, surprising officers who had expected a modest turnout.

"Who do you turn to when you can't turn to the people that are meant to protect you?" said protestor Fionnuala O'Connell, reacting to the circumstances of Floyd's death in police custody.

"That's the scariest part, because what do you do?"

"I feel like a lot of us have been silenced and we were afraid to speak out," demonstrator Raphael Olympio told AFP.