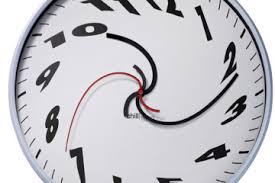 The US faces its worst protests/riots since 1968, which are whipped up by the far right, or the Russians, or ANTIFA --newly-designated as a terrorist organisation by President Trump-- depending on what you read. The editor of China's Global Times has trolled this must be Hong Kong protestors at work - with no Twitter fact-check; certainly Hong Kong's "If we burn, you burn with us" fits the real rage on display. So should markets think not of the end of lockdown but the start of breakdown? (We have certainly swapped quarantine for curfew in many places.) Perhaps - but 1968 and 1992 were both followed by the usual US exceptionalism. Indeed, the US private sector just sent the first astronauts into space from US soil in a decade, with plans for a moon landing and a trip to Mars. Then again, we are decades further into neoliberal financialisation now, with all the resultant atrophying of previous US strength: the public sector can no longer put a man on the moon; it has to be outsourced.

Re: decades in weeks and breakdowns, on Friday markets --and this Daily-- felt a Rubicon was about to be crossed when Trump tweeted "CHINA!" just before a press conference on the subject. However, despite his aggressive rhetoric on the South China Sea and "Wuhan virus", the conclusion was a bazooka had not been brought to the table. Trump announced: the beginning of the process of ending Hong Kong's separate legal status from China; a shift in the US travel advisory; action to limit access to US universities; and a working group to protect the US financial system from China; and sanctions on HK and PRC individual. Yet he did not walk away from the phase one trade deal - Trump opted to leave the WHO entirely instead. Equities and CNH both rallied Friday, and Hong Kong was up strongly today. Wrongly.

Loss of US recognition will not directly impact Hong Kong much, as China says, yet:

The shift on visas prevents Chinese nationals studying STEM at post-grad level in the US if they attended a military university (around 4% of the total in the US) OR have links to a firm signing up to Beijing's policy of 'Military-Civilian Fusion': that covers anything larger than an SME.

The working group on financial markets is almost certain to recommend delisting Chinese equities from the US, a process already underway, and escalate restrictions on US capital flows into China, also underway.

We should expect the list of sanctioned individuals to be lengthy and embarrassing. Some will have at least one account with a Western bank, which will have to be closed and moved to a Chinese bank, causing a backlash (last week saw former Hong Kong CEO CY Leung call for a boycott of a bank that could not be more 'Hong Kong'). Moreover, once Chinese banks are doing that banking instead, US sanctions will then apply to them. We will still end up with restrictions on USD usage in Hong Kong/China that the market think we have dodged.

Trump was never going to walk away from a trade deal even if many observers already see it as dead: why bother? If China sticks to it, great - but it won't change the political direction of travel; and if they don't, it's more fuel on the anti-China fire in the near future.