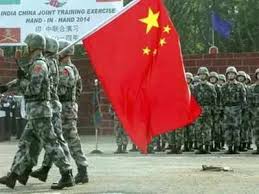 Beijing claims Taiwan, but the island democracy refutes it is part of China

China will attack Taiwan if there is no other way of stopping it from becoming independent, one of the country's most senior generals said today.

Li Zuocheng, chief of the Joint Staff Department and member of the Central Military Commission told Beijing's Great Hall of the People: 'If the possibility for peaceful reunification is lost, the people's armed forces will, with the whole nation, including the people of Taiwan, take all necessary steps to resolutely smash any separatist plots or actions.'