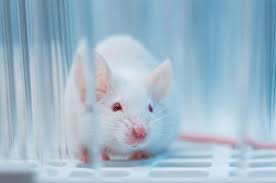 A human-mouse hybrid has been hailed as the most human chimera yet, according to scientists.

Researchers who created the hybrid embryo containing both human and mouse cells found that the human cells "learned" from their mouse neighbours, and developed much more quickly than they normally would.

The hybrid embryo – called a chimera by scientists – contains around 4% human cells.

They claim that represents the largest proportion of human cells ever combined in a chimera.

Humans develop in the womb much more slowly than mice, but the effect of being combined with the embryonic mouse cells accelerated the human cells' development, they added.

Jian Feng, a professor in the department of physiology and biophysics at the State University of New York at Buffalo who was a senior author on the research paper, told LiveScience the rapid development of the human tissue was "very serendipitous," adding "we did not really foresee that."

World in 2030 With Faster Battery Improvements

ARMY OF MORONS: MEDIA OUT OF CONTROL USA GOING DOWN!