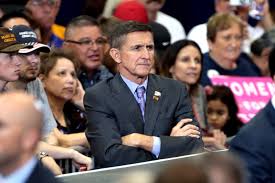 Much has been made in recent weeks of whether or not former National Security Advisor Mike Flynn should or should not have been prosecuted for making a false statement to the FBI in 2017.

Flynn allegedly lied to two FBI agents about what he had said in a conversation with Russian Ambassador to the United States Sergey Kislyak.  But we know now that the FBI agents set him up, emailing each other in the days before they interviewed Flynn and asking whether their goal should be to trick him into lying so that they could prosecute him or "get him fired."

The Flynn case is, in a nutshell, exactly what is wrong with our criminal justice system.  Former Attorney General and Supreme Court Justice Robert Jackson warned us in 1940 that cases like Flynn's would become the norm:

"The prosecutor has more control over life, liberty, and reputation that any other person in America.  His discretion is tremendous.  He can have citizens investigated and, if he is that kind of person, he can have this done to the tune of public statements and veiled or unveiled intimations.  Or the prosecutor may choose a more subtle course and simply have a citizen's friends interviewed.  The prosecutor can order arrests, present cases to the grand jury in secret session, and on the basis of his one-sided presentation of the facts, can cause the citizen to be indicted and held for trial.  He may dismiss the case before trial, in which case the defense never has a chance to be heard.  Or he may go on with a public trial.  If he obtains a conviction, the prosecutor can still make recommendations as to sentence, as to whether the prisoner should get probation or a suspended sentence, and after he is put away, as to whether he is a fit subject for parole. While the prosecutor at his best is one of the most beneficent forces in our society, when he acts from malice or other base motives, he is one of the worst."

The problem has become largely a bureaucratic one.  Do you think prosecutors get promoted or reelected by not prosecuting people?  Do you think they get promoted or reelected by not seeking the longest possible sentences for those they convict?  Of course not.  Just imagine the trophy that Michael Flynn, a retired star lieutenant general and national security adviser, would have been in a prosecutor's career.

A 2012 study by ProPublica found that the Justice Department wins 98.2 percent of its cases, almost all as a result of a plea deal. So, what strategies do prosecutors use to ensure a conviction?  There are two common ones:  charge stacking and venue shopping.

Ghislaine Maxwell Arrested, May Be Sent To Same Jail Where Epstein 'Killed Himself'

SELCO: Why It's Very Hard to Go It Alone When the SHTF

Ghislaine Maxwell Arrested: What You REALLY Need To Know

Powerful men are scared about what Ghislaine Maxwell will say