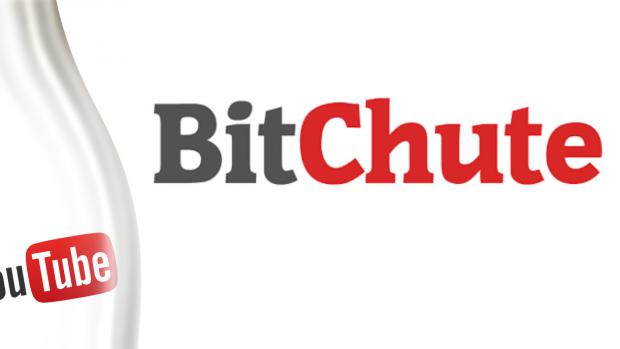 As I discussed in a recent post I wrote for LewRockwell.com, YouTube is increasingly censoring or terminating content creators, and for some of my prior writing where YouTube content was removed, I provided embed codes to an alternative platform that hosted those banned videos. For instance, in my piece "Bolton's Blunder" for some reason the video on YouTube that Organic Prepper Daisy Luther provided, "Seven Signs of An Empire in Decline" was removed; the alternative I found was superior to the original. In addition, I provided an embed code to Lew Rockwell of a video of two physicians challenging the COVID-19 narrative that had a huge amount of views on YouTube that was removed but it has been retained on a competitive platform that is growing yet as of now has only a fraction of the viewership of YouTube; that platform is BitChute.

While I'm sure that since it is based on providing a free speech platform evidently with little restriction and has content that will be viewed as offensive, nevertheless many popular, rational, and respected content providers who still have channels on YouTube use Bitchute as a backup platform because of YouTube's totalitarian censorship practices. Based on my own personal preferences, I follow content that has been banned or censored on YouTube and due to Google's profiling and integration with various governments (see here and here), I now prefer watching content on BitChute. I've followed on YouTube the work of Dave Cullen, an Irish Catholic, who covers many topics. He discussed the importance of BitChute in the following video that provided to me the astonishing information that essentially BitChute, which is competing with YouTube, actually has only two full-time employees and uses sophisticated blockchain based technology; the video is entitled "Bitchute Needs Our Help" and it was posted on December 2019 to the platform: